The Department for Education has turned down the most recent bid for a new grammar school in Sevenoaks.

Commenting on this decision Michael said:

“This decision is bitterly disappointing and does nothing to address the pressing need for more grammar school places in Sevenoaks.  The ruling means that any new Sevenoaks annexe must be the same as the sponsor school.  Only a girl’s school would be allowed while Weald of Kent remains single-sex; a co-ed school would only be possible if Weald of Kent itself becomes co-ed by the time a new one opens.  We will have to rethink but our campaign goes on.”

Michael visited several small businesses around the town to hear first-hand about how they are doing at present. Feedback from those he met highlighted three common concerns: business rates, parking restrictions and broadband speeds.

Michael, together with Jane Hunter of the Westerham Town Partnership and Cllr Helen Ogden, Parish Council started the morning at Westerham Parish Church where they met members of the National Youth Ballet, run by local resident Jill Fone, who were rehearsing The Nativity for a performance later that day amid a Festival of Christmas Trees (in aid of St Mary’s Heritage Trust). He then went on to meet Jan of Annie’s Attic who was holding a Christmas craft workshop in Westerham Hall in aid of Leukaemia & Lymphoma Research.

By now the group had grown to include Cllr Roderick Hogarth (Chairman of Economic & Community Development Advisory Committee) and Cllr Kevin Maskell from Sevenoaks District Council and together they all visited The Light Brigade (Lighting) and the Beauty Spot in Horton’s Way. Afterwards they crossed London Road to meet the new owner of The White House Gallery (Picture Framing) and then moved up the hill to call on Nigel, the owner of MooreEnergy Fitness Club. From there they walked to the High Street and visited Ashton Taylor Smith (Antiques) and then crossed the road to Flawless Jewellery who design and make their own individual pieces and provide expert advice for remodelling.

The last two calls of the day were to LA Larratt (Butcher) and then a very welcome cup of coffee at The Courtyard, (‘much more than a coffee shop’) which also provides outside catering.

Thank you to Jane and Helen for organising such a brilliant tour.

This medication is very powerful. Therefore, it is dispensed from the Generic Tramadol pharmacies only against a prescription (which is not easy to obtain).

Many more pictures from this visit to Westerham can be found in the gallery. 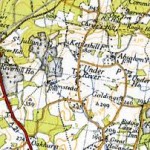 Many congratulations to the residents of Godden Green, Underriver, Bitchet Green, Stone Street and Wildernesse in the Sevenoaks constituency and to those of Ivy Hatch and Shipbourne who live in the Tonbridge & Malling constituency.

Gigaclear’s order threshold in this area has now been reached and plans are under way to install an ultrafast fibre-to-the-premises broadband service throughout the community.  Construction is due to start in early 2014 and to take 12-14 weeks to complete.

The community representatives in this area have worked so hard over the last year to bring this project to their villages – again many congratulations – it has been a considerable effort.

BT’s planned improvements for other areas in the constituency have now been published. There are several rural areas where broadband speeds are currently very slow and and little prospect for significant improvement to the quality of service in the near future, so I am pressing KCC and SDC to assist with a search for other solutions for all these villages as soon as possible.

On Friday 29th November Michael Fallon MP was unanimously re-selected by Sevenoaks Conservatives to be the party’s candidate at the next General Election in 2015.

Commenting on his reselection, Michael said:
“I am delighted to have been re-selected as the Conservative Party candidate at the next general election.  It has been an honour to represent the people of Sevenoaks and Swanley since 1997 and I look forward to having the opportunity to continue to represent their views in Parliament.”

“We are delighted to have reselected Michael to be our candidate at the next General Election. Michael has always been a diligent and popular MP and is especially regarded for his ability to resolve his constituents’ problems.  Additionally Michael has combined his ministerial work load and constituency duties seamlessly and has continued to deliver for the people of Sevenoaks and Swanley.”

On Thursday 8th November, the owners of Swanley Shopping Centre suddenly imposed parking charges without warning. These car parks are privately owned and lie between the two Swanley medical surgeries. This move has caused great concern; blue badge holders are not exempt and the free ASDA car parks are suffering even greater congestion.

“A large number of constituents have complained to me and I was in Swanley on Saturday, 9 November to discuss this matter. Although these car parks are not owned or under the control of the local authorities (either Swanley Town Council or Sevenoaks District Council) I spoke to the Mayor and other Councillors and I know they are actively checking the legal position.

In the meantime, I want the landlords to hold off on the new charges to allow for a fuller consultation.”

Michael was named the Minister of the Year recently at The Spectator’s Parliamentarian of the Year Awards 2013 for his current role as Minister of State for Business and Energy.

Accepting his award, Mr Fallon said:-
“I am in government to get things done and I have been very lucky to be a minister in two departments where we have been able to make things happen; from the hugely successful privatisation of the Royal Mail, to reform of the electricity market.

None of this could have been possible without the dedicated work of the alpha civil servants in both departments as well as my special Special Advisor.”

Michael visited three small businesses in Eynsford recently; Norman’s Butchers, Sefton Horn Winch (designers of prestigious commercial kitchens and restaurants in the UK and overseas) and G.D. Partnership, (structural engineers involved in major retail developments throughout the UK) all took the opportunity to explain their operations.

Norman’s Butchers have recently launched their 2014 Calendar entitled Hunt the Sausage, a 12-page gem featuring photographs of the village with sausages hidden within them.  Images include Eynsford Castle, The World Garden, The Ford, and the butcher boys themselves.

Roger House, Chairman for the Federation of Small Businesses (FSB) in Kent and Medway said:

“The FSB was pleased to facilitate this event and for Mr Fallon to hear the experiences of real life entrepreneurs running successful companies and for them to be able to explain the challenges small businesses are facing and barriers affecting their continued growth and sustainability.”

The visits were followed by a round table discussion with representatives from several other businesses from a number of different sectors in West Kent with a common concern about employability skills and the need for students at school, college and university to be provided with more knowledge of the workplace.

“I was delighted to visit these three small businesses in my constituency as well as having the opportunity to discuss the current economic climate with various business owners and explain what the government is doing to help Small and Medium-sized Enterprises (SMEs) to grow and reach their full potential.

The UK economy is turning a corner and SMEs have a vital role in getting this country back onto a solid economic foundation.  We will continue to support these businesses through the Regional Growth Fund and from April 2014 every business and charity in the UK will be given a £2,000 allowance towards their National Insurance Contributions bill.  I hope these measures, amongst others, will allow businesses in Sevenoaks to flourish.”

“Businesses took the chance to express their views on a range of topics including finance and regulations and to give feedback to Mr Fallon on the merits of government initiatives to stimulate trade and exporting.”

The Secretary of State for Education, Rt Hon Michael Gove MP has responded to the letter from Michael Fallon MP which was urging speedy decision in relation to the provision of a grammar school in Sevenoaks.

Responding to Michael’s letter, Mr. Gove said:  “I understand the difficulty pupils and families face in securing a suitable school place, and the distance many have to travel. Primary legislation prohibits the introduction of new selective schools and we must judge the proposals carefully to test whether they represent new schools or expansions.

The Education Funding Agency (EFA) is assessing the proposals and will present its findings to ministers shortly. We will notify each school in writing as soon as a decision has been reached.  In reaching our decision, we will consider all the evidence that has been presented through the process and in correspondence with each academy trust.”

Commenting on his reply, Mr. Fallon said:  “I am continuing to pursue this at every opportunity.  There is no indication at the moment of when a decision will be announced, but I am urging all parties to a conclusion as soon as possible for the sake of our young students in Sevenoaks.”

I write in relation to your pending decision regarding the proposals for a grammar school in my Sevenoaks constituency currently submitted, from the Valley Invicta Academy Trust and from the Weald of Kent Grammar Academy Trust.

Sevenoaks is the only major town in Kent without a grammar school. This is a long running grievance amongst the Sevenoaks parents and pupils. It means that, despite living in a county that has grammar schools, Sevenoaks children not only find it harder to secure a place but, if they do, often have to travel considerable distances to take it up. Kent County Council’s figures from 2009 show that 91 out of 253 pupils who passed the 11+ in the Sevenoaks areas did not get any of their four preferences on National Offer Day. These children will have been given an alternative offer but typically one many miles away from their homes. Whilst many children do get their first choices on appeal, this is only often after many stressful months of challenges to the system.

Recent figures from Kent County Council show that 1,151 students who live in south Sevenoaks, travel to selective schools in Tonbridge, Tunbridge Wells or further afield, as there is no selective provision in Sevenoaks. Moreover, as the number of Year 7 pupils increase in these schools, the application of the distance criteria through the admissions process will result in selective provision becoming increasingly less accessible for Sevenoaks south students.

I urge you to make a speedy decision.

Sevenoaks MP and Business Minister Michael Fallon welcomed the ONS figures which were published today showing unemployment has continued to fall in the UK.

Michael said: “This is welcome news and further evidence that the economic recovery is taking shape.  Government policies which have allowed for the creation of 1.4m private sector jobs and reforms to welfare which makes work pay are clearly taking hold.  These latest statistics are a credit to British businesses, especially in Sevenoaks and Swanley, for creating those jobs which are driving UK growth upwards and making our economy competitive again.”

“Small and medium-sized enterprises (SMEs) have a really important role in getting the UK back onto a solid economic foundation.  They account for 49% of private sector turnover, employ close to 60% of the UK workforce and represent over 90% of UK businesses.

We want to spread the message that Sevenoaks is open for business; from January to August this year there were 65 business start-ups here and there are currently 6,000 businesses registered for VAT or PAYE.”