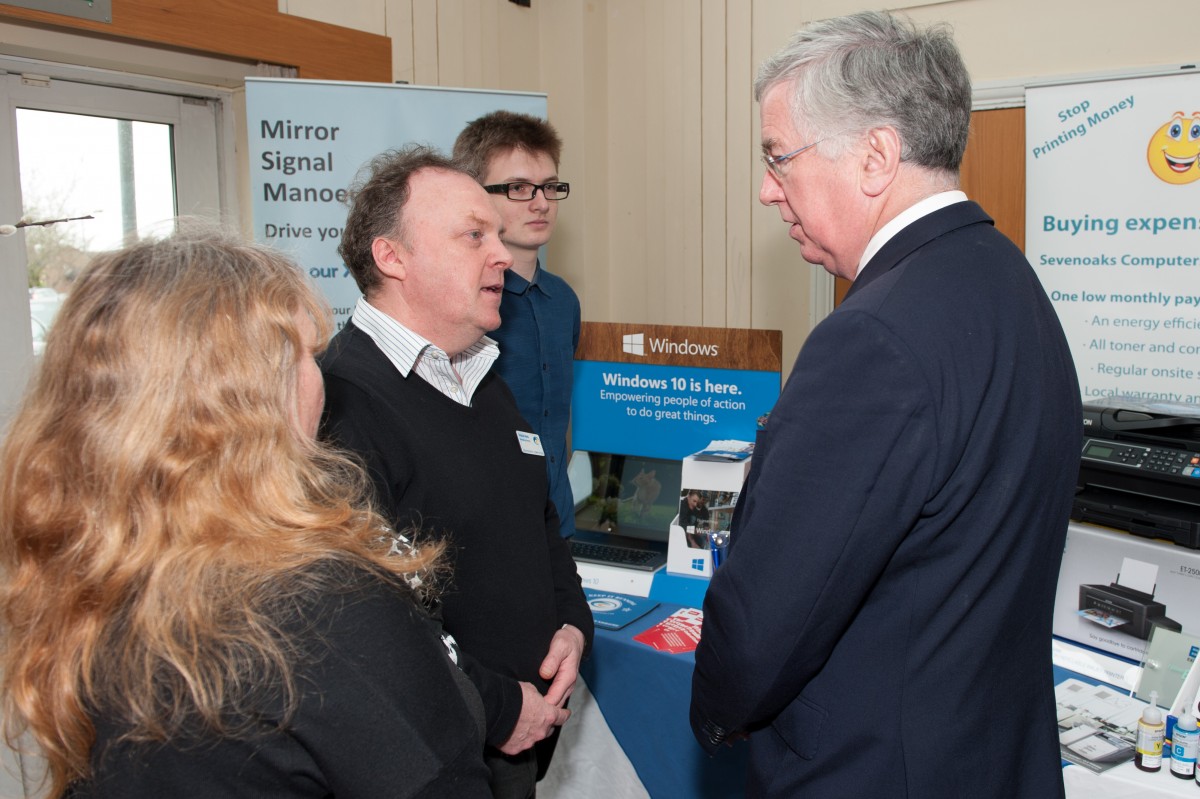 The local MP, who is also Patron of Sevenoaks Town Partnership, opened the fifth annual Sevenoaks Business Show last year, and will be meeting with a number of local businesses on his constituency visit this Friday.

Michael said: ‘It’s a great time to be in business in Sevenoaks.  Unemployment remains at an historic low, more people are finding full time jobs, wages have grown yet again, and there are over 700 more businesses in Sevenoaks than there were in 2010.’