In positions of responsibility, it is important that those with a platform use it well.  As the Sevenoaks MP, I speak up for thousands of people in Parliament; I knock heads together when people can’t cut through bureaucratic systems; and I stand up for causes I believe in.  I do this because I can, whilst most people cannot.

I’m not alone – most MPs worth their salt do this.  But speaking up for those without a voice goes beyond representing only people.  In many ways, I represent our environment, too: from streets to boundaries – even the air we breathe. 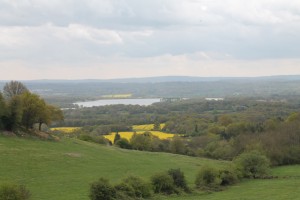 Recently, I have received hundreds of letters asking me to ‘stand up for the Green Belt’, for example.  My position on the matter should be clear, not only because I committed to doing just that at recent General Election – but also because I’m a conservative.

The clue is in the name: conservative.  I generally want to conserve things.

But conservatism extends to protecting all things that are vulnerable.  This can include areas of land, and the wildlife they contain, as well as buildings, and the traditions they maintain.

Vellum – on which Acts of Parliament are printed – is a vital part of our national heritage and something I successfully campaigned to protect last year. 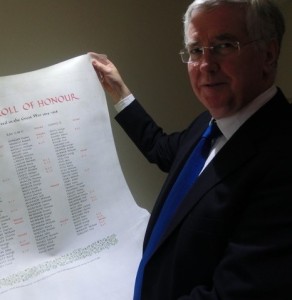 Heritage sites – remains from the Reformation or historic pubs – are windows into our local history and a key part of the district’s attractiveness to tourists.

And our Green Belt – about which I recently wrote to the Communities Secretary, urging him to maintain protections – is the jewel to which the rest of the country look.  Having successfully convinced the Chancellor to ring-fence Green Belt land, our beautiful area is safe for now.

Over the last few months, the Government has raised those standards even further.

Now, we’re tackling the plastics that are damaging our marine environment, cracking down on the ivory trade and increasing jail time for animal abusers.

We have a duty to be the first generation to leave the environment in a better shape than when we inherited it.  And I will continue to help the Government work towards ensuring that this is the case.