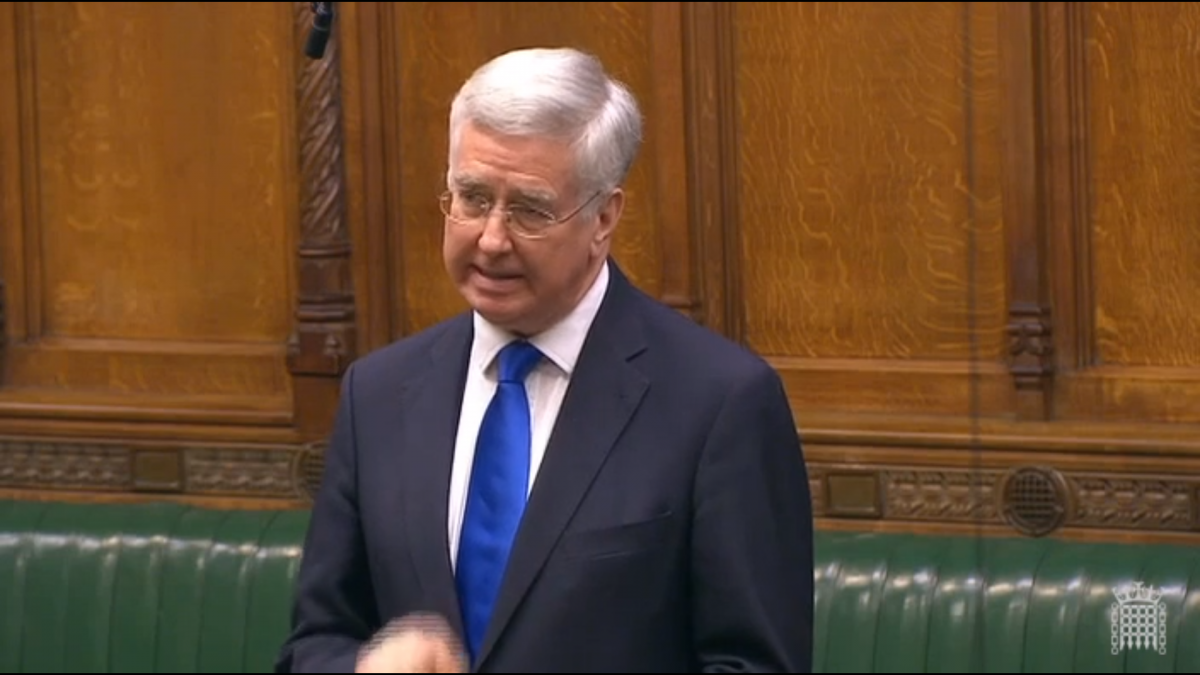 Michael has criticised the lack of female defence ministers, saying it is a “mistake” that all five are male following Theresa May’s recent reshuffle.

The former defence secretary told of his “regret” at the “gap” left by the decision to move Harriett Baldwin from the Ministry of Defence to the Foreign Office.

As he spoke of the need for more women and ethnic minorities in the armed forces to reach top ranks, Michael said:

“If we are to attract more people from outside, more people where we are short, then we’ve got to show them that you can not only have a worthwhile career but that you can get on to the very top.

“And finally of course that applies to Government itself.  I too regret that after the recent reshuffle – and I’m not going to comment on how successful or not that reshuffle was – there is now no female defence minister.”

Speaking as MPs debated the Armed Forces (Flexible Working) Bill at third reading in the Commons, he added:

“And as the matter has been raised, the House might wish to know that when the Prime Minister formed her first administration back in June 2016 and she was moving [Penny Mordaunt]

“I made it very clear that we needed to have at least one woman minister on the team and I was delighted that [Harriet Baldwin] was appointed as a defence minister.

“Now I congratulate her of course on her promotion to the Foreign and Commonwealth Office but that does leave a gap – and it is a mistake, if I may put it as boldly as that to the Treasury bench, it is a mistake to have five defence ministers and to have them all male.

“If we are to get more women, and in the fullness of time more people from the ethnic minorities to join up, then we have to show that this kind of change is embedded there from the top.”

Measures in the Bill will give staff the choice to temporarily work part-time or restrict the amount of time they are posted away from their home base and their families.

Michael also said that the Government needed to work harder to bring women leavers back into the Armed Forces and not missing out on their experience, as well as ensuring those women can quickly recover the rank and entitlements they would have achieved had they not taken maternity leave.”

The Minister responded: “It was remiss of me not to have acknowledged the work of the former secretary of state who pioneered in this area – I know this is something he has long and continues to be passionate about, and that is reflected in his speech.”