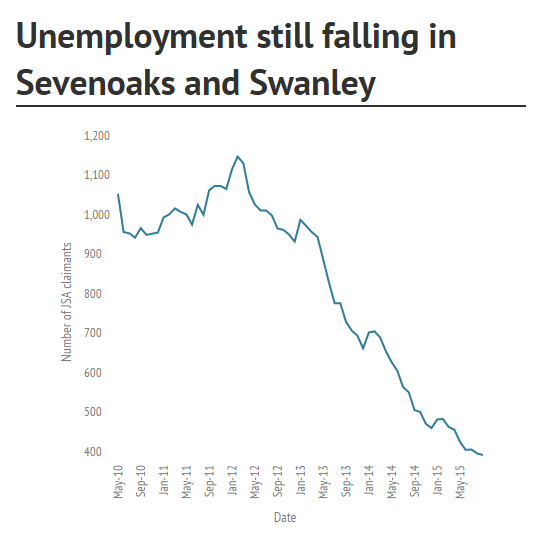 Michael was very pleased that figures released today by the Office for National Statistics (ONS) show that the number of people out of work in Sevenoaks fell again this month.

The unemployment rate in the Sevenoaks constituency is now just 0.9%.  The number of people unemployed has fallen by almost 20% so far this year and is now 58% lower than in 2010.  Youth unemployment has also fallen by a third since the same month last year.

Michael said: “It is extremely good news that unemployment in Sevenoaks has fallen once again this month.  I also welcome the fact that unemployment across the country is now at a seven-year low, while the employment rate is the highest since records began.  Sevenoaks is continuing to experience the benefits of the Government’s long-term economic plan to support hardworking people.”