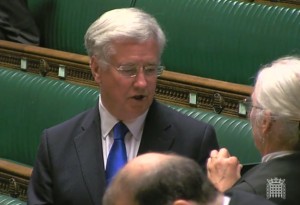 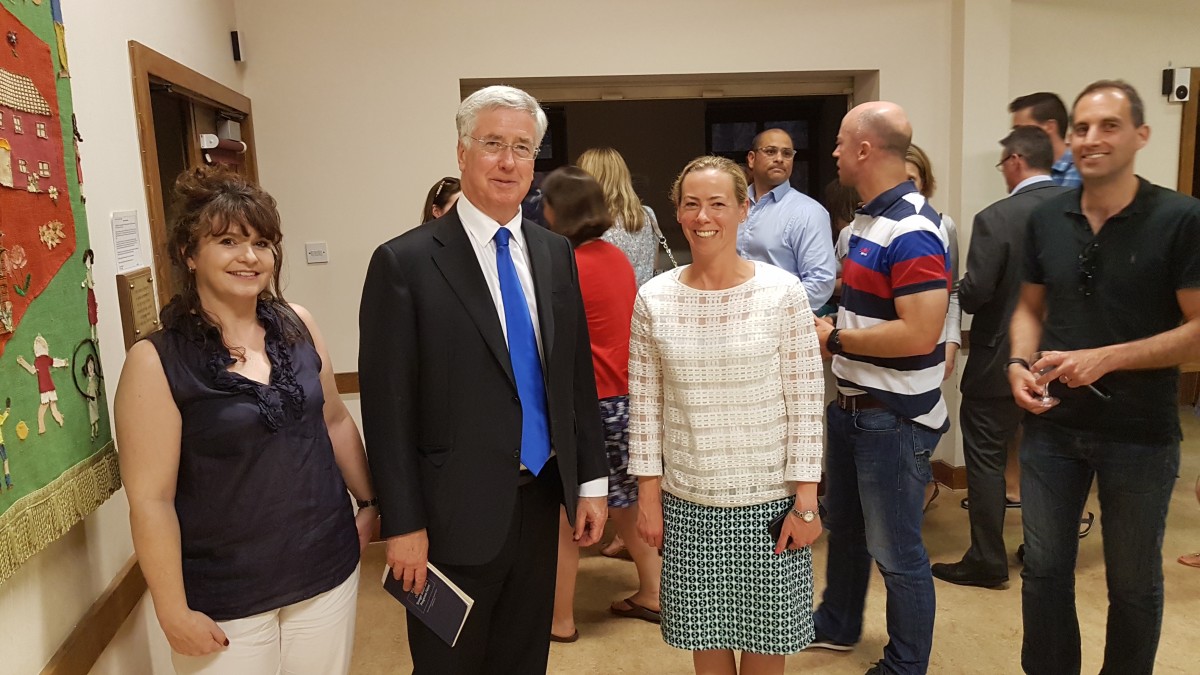 Michael recently met with Riverhead Mums (and dads) to discuss the main issues at this election. 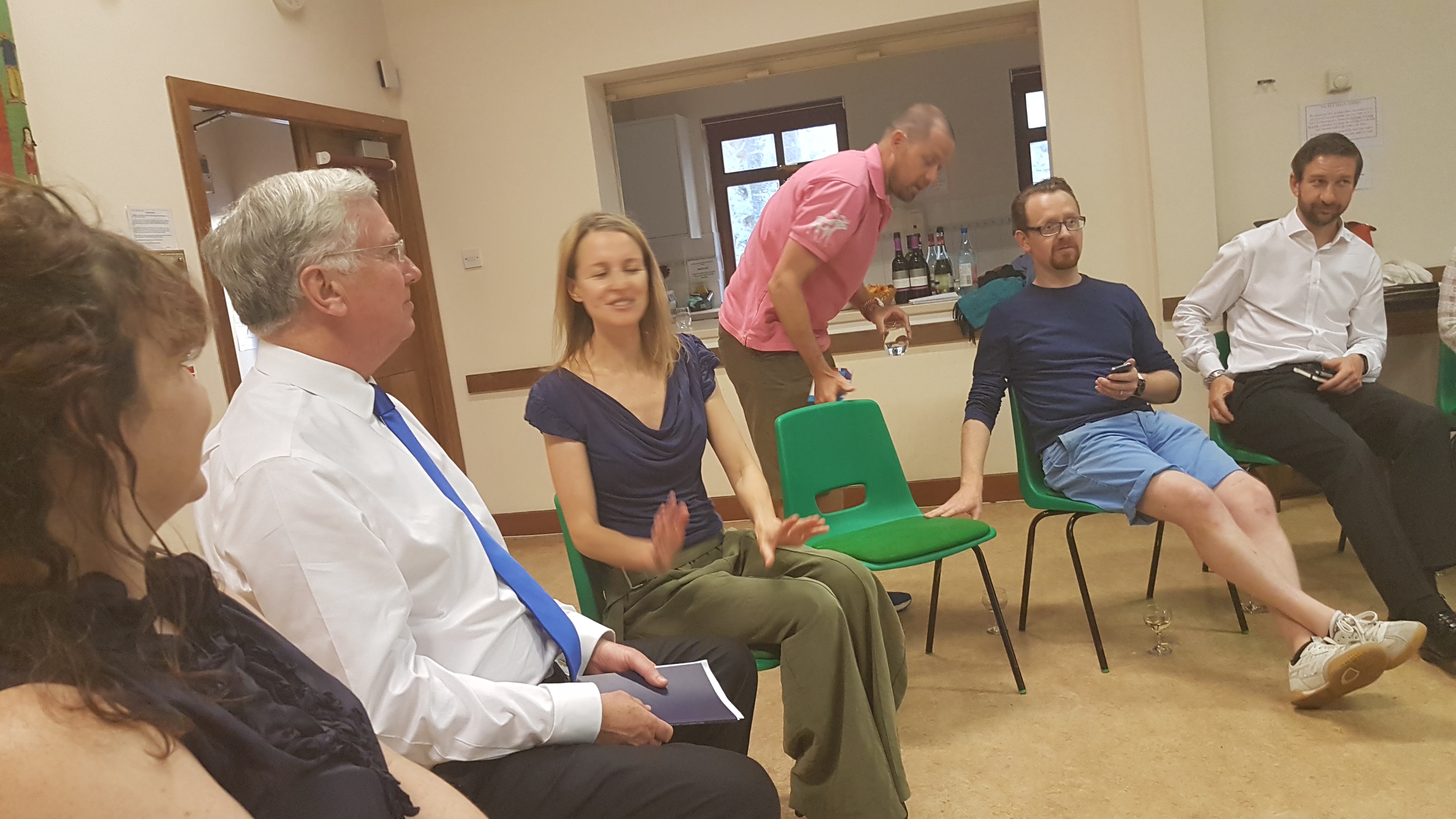 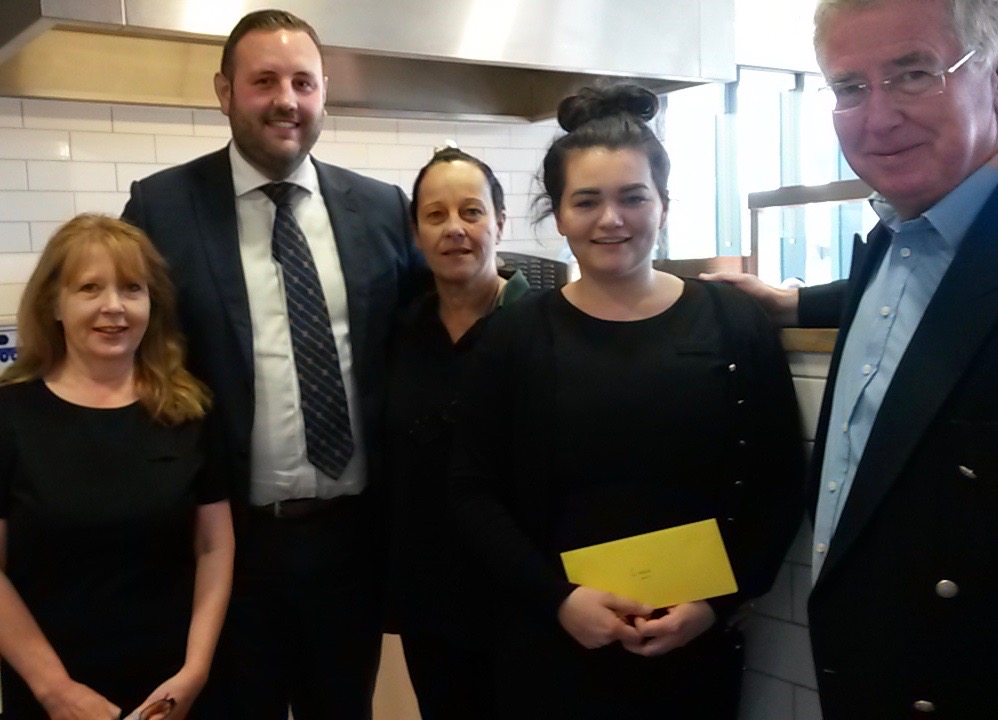 Michael said: ‘I am delighted that Ciara will take time out from her birthday celebrations to vote on 8th June.  Voting is an important part of our democracy, and a chance to have a say over the future of this country.  It is heartening to see that voters as young as Ciara recognise this.’ 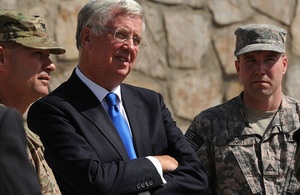 This election is the most important election in my lifetime. As the United Kingdom negotiates its exit from the European Union, our country needs stable leadership to see us through.

But this election is about more than Brexit. In an uncertain world, it is about maintaining our strong defence. It is about the future security of our country and the safety of our people. It is about ensuring we continue to work closely with our partners in Europe on security. And it is about standing up and protecting freedoms that are threatened around the world by conflict and terrorism.

Strong defence requires an increasing defence budget. Britain’s budget is £36 billion this year, rising to almost £40 billion by 2020/21. We will continue to meet the NATO 2 per cent commitment, and go further by increasing our defence budget by at least 0.5 per cent ahead of inflation in every year of the new parliament. No other party is making such a strong ongoing financial investment in our armed forces.

We will continue to act in the national interest by leading in NATO and deploying troops, ships and planes to stand shoulder-to-shoulder with our allies and counter Russian aggression. We will continue to play a leading role in the campaign against Daesh, helping to drive terrorists out of Iraq and Syria, and keeping our streets here at home safe. We will also step up around the world to protect British interests, support fragile democracies, and contribute to UN peacekeeping in vulnerable countries like South Sudan and Somalia.

We will maintain the overall size of the armed forces, including an army that is capable of fielding a warfighting division. We will provide our armed forces with the new frigates, submarines, fighter jets, maritime patrol aircraft and armoured vehicles that they need – the biggest investment programme for generations. That programme totals £178 billion over the next decade, creating high-skilled jobs across the whole country, including £31 billion on a new fleet of four Dreadnought ballistic missile boats, £15.4 billion on land equipment and £11.1 billion on new helicopters.

We will support our veterans as they move into civilian life. We will help them to start new careers by ensuring that the skills and qualifications they gained in service are better recognised by civilian employers. We will introduce a twelve-month National Insurance holiday for employers taking on veterans. We will strengthen the Armed Forces Covenant and improve the coordination of government services to veterans, including housing, employment and mental health services, by establishing a Veterans Board in the Cabinet Office.

We will protect our brave servicemen and women from unjustified legal harassment. We are already bringing to an end the investigations in Iraq and Afghanistan. We will ensure that further investigations in Northern Ireland do not reopen previously examined cases without new evidence. We will not allow our hands to be bound by the European Convention on Human Rights when protecting our troops’ ability to operate in future conflicts.

In the face of growing challenges abroad, it is more important than ever that we maintain and renew our nuclear deterrent. I was proud to have cut steel last October on HMS Dreadnought, the first of our new nuclear ballistic submarines which will provide the ultimate guarantee of our safety right through to the early 2060s.

All of this is at risk from Jeremy Corbyn propped up by a coalition of chaos. A Corbyn-led government would abolish our nuclear deterrent, review our NATO deployments and undermine our contribution to the counter-Daesh campaign in Iraq and Syria.

So the choice on 8 June is clear. It is a choice between Theresa May providing strong and stable leadership for the United Kingdom, or a coalition of chaos led by a weak Jeremy Corbyn. Only Theresa May and the Conservatives can give this country the strong defence that we need to continue to stand tall in the world. 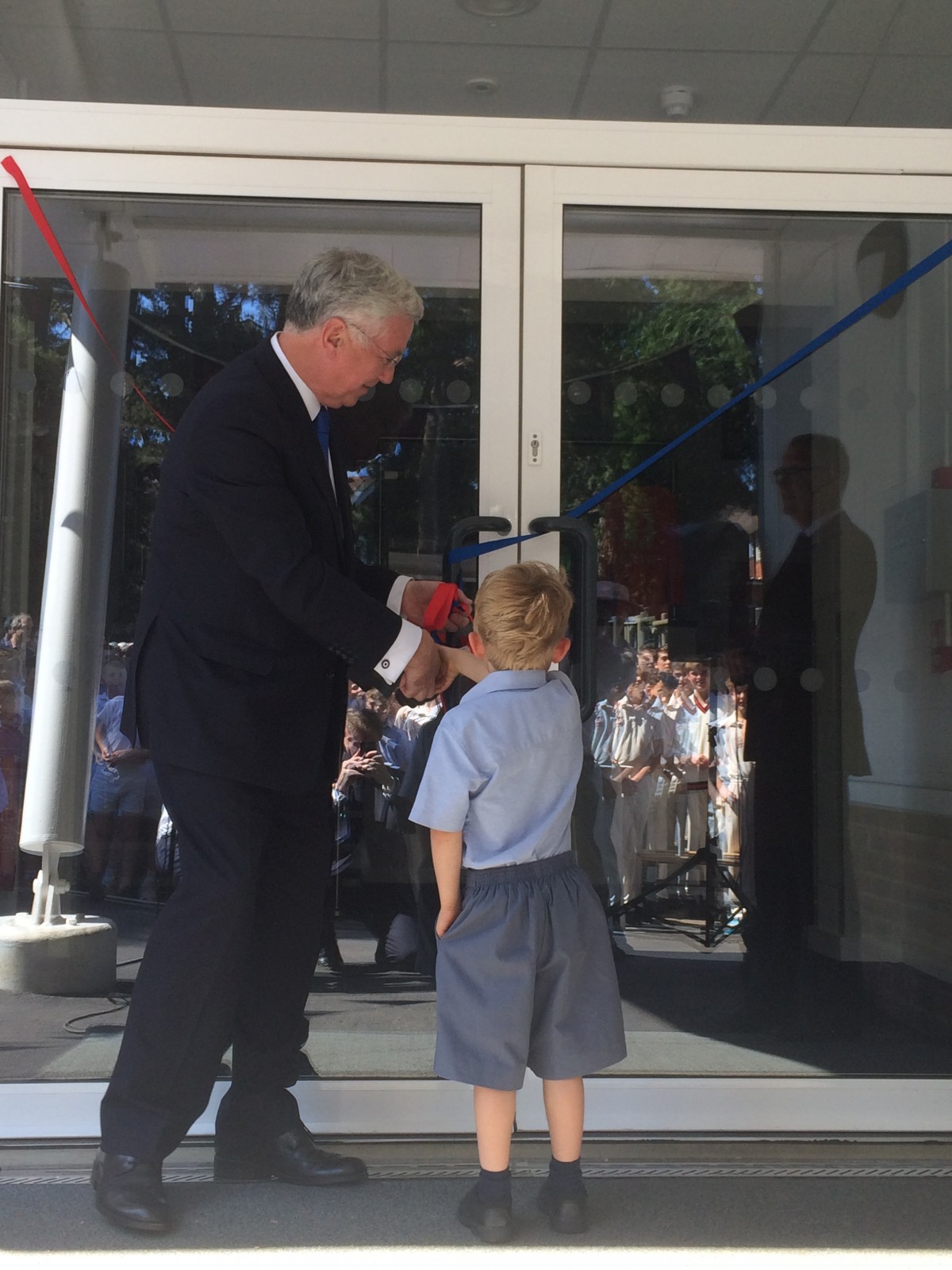 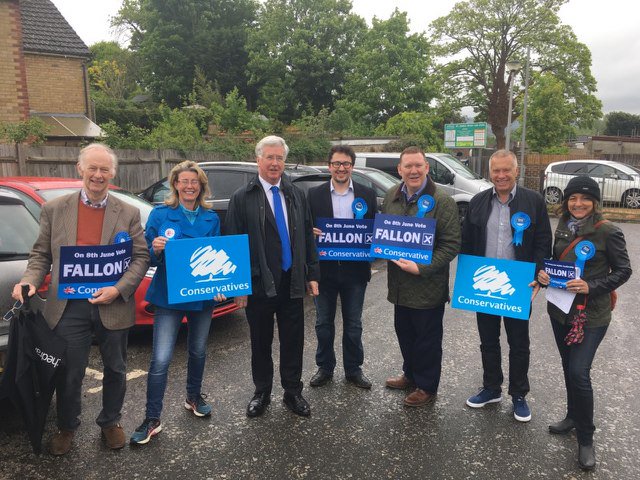 Michael was canvassing in St. John’s earlier this week.  He met with a number of local residents and discussed the main issues at this election. 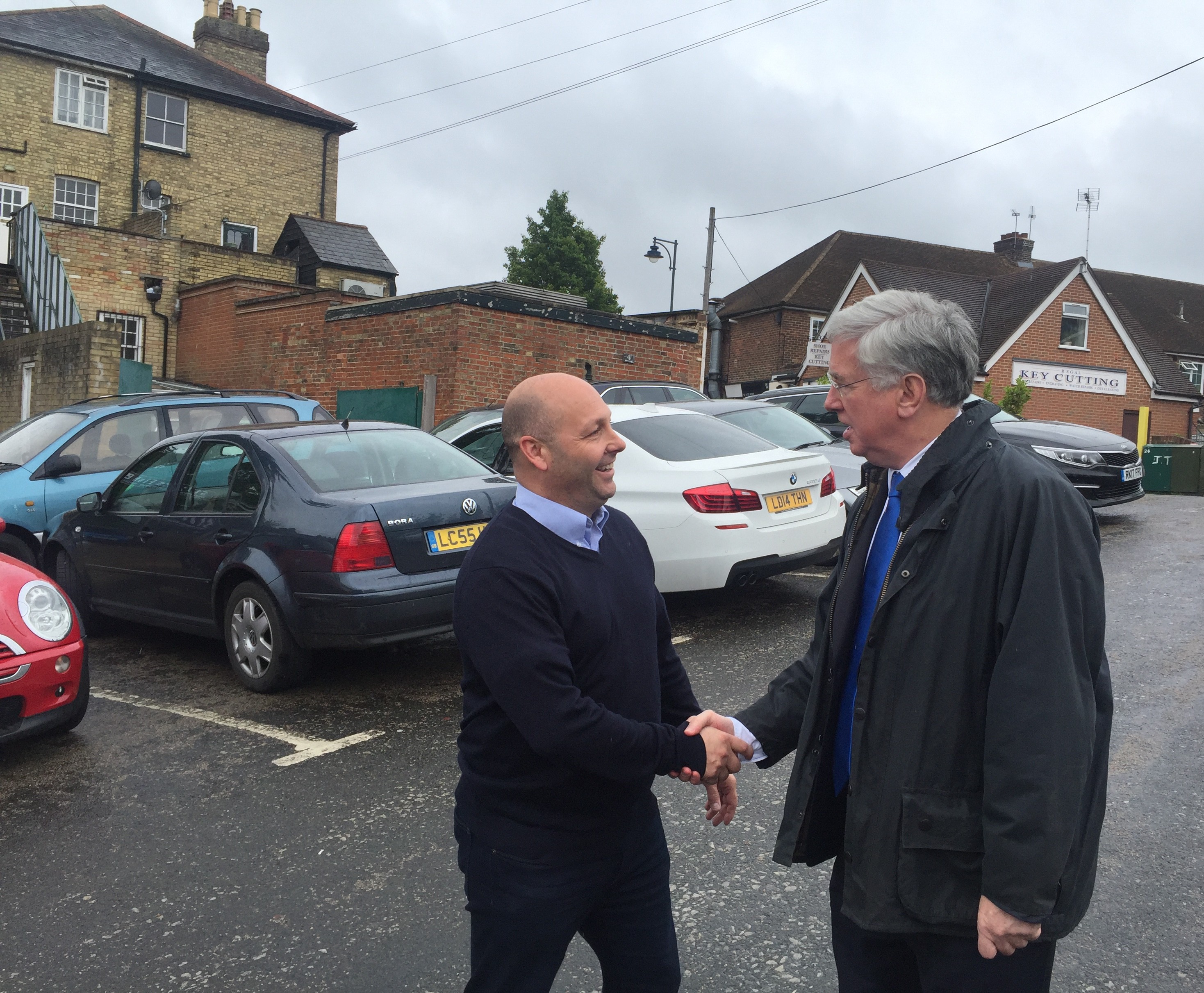 It was a busy day in and around the area on Tuesday with a visit to Amherst School in Sevenoaks in the morning.  This was for a Q & A session with year 6 pupils who had visited and toured Parliament in March.

This was followed by a visit to Knole Academy‘s Mock General Election Event for a lunchtime meeting for students interested in either standing as a candidate or being an active campaigner in the future.  The meeting was one of a series with all the parliamentary candidates, for students who are making up their minds about which political party to represent at their Mock Election on 6th May.

Next was a visit to Total Fitness Gym which is based above Iceland and opposite Costa in Swanley.  Serra Chakarto and her business partner have just opened this state-of-the-art gym with fantastic equipment specially selected and imported from Italy.  This is a gym for all members of the community, whatever state of fitness or age – with a friendly atmosphere where everyone is treated with great respect.

In the evening Michael held a campaign meeting in Kemsing to meet local residents and introduce Lorraine Stack and Simon Reay who are standing as the local Conservative candidates in the Sevenoaks District Council elections.  this was well-attended, and as in previous meetings, there was a good discussion about a great many topics, both national and local.

The next meeting will be in Underriver Village Hall on the evening of Thursday 23rd April at 7.30 pm