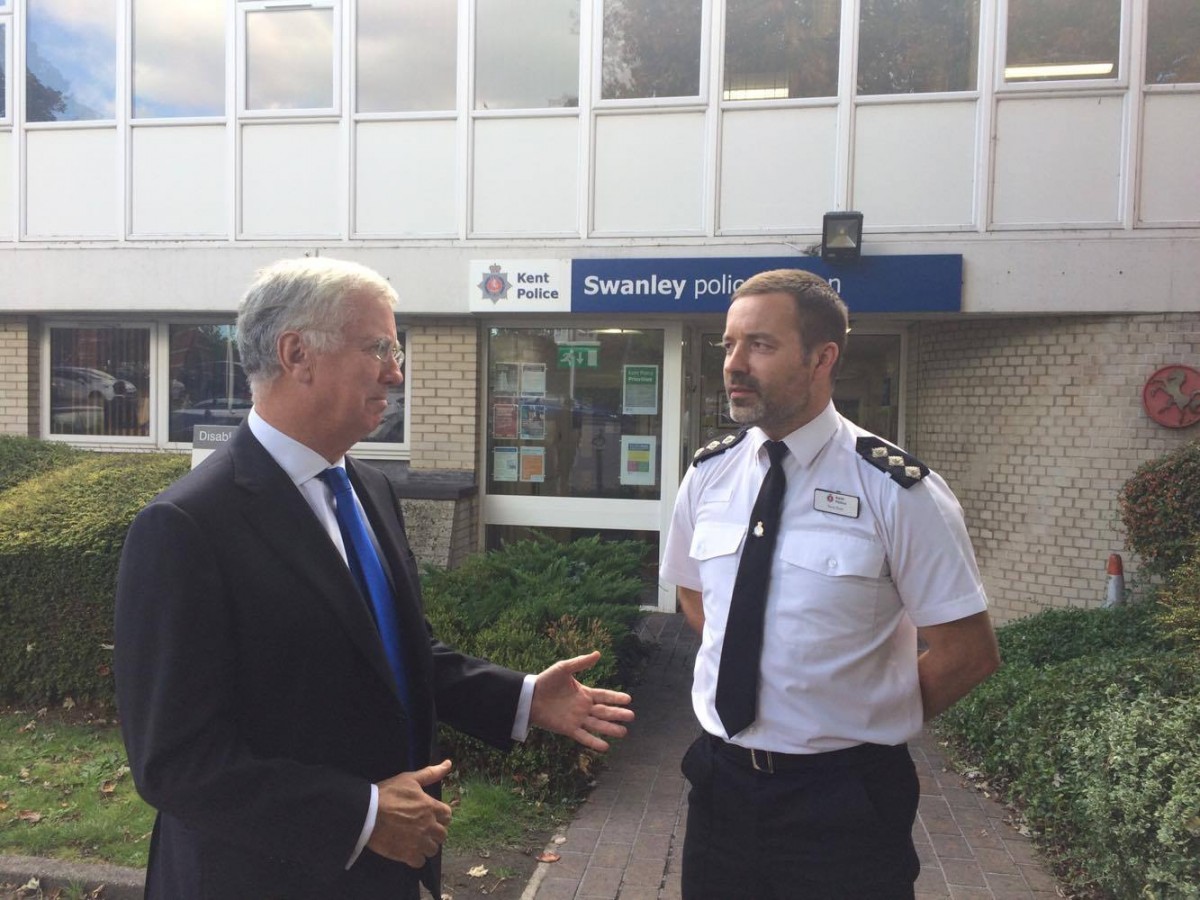 Michael has hailed the ‘outstanding’ work of the local police force following a recent meeting with the new district commander for Sevenoaks, Chief Inspector Tony Dyer.

Kent Police have previously been awarded ‘Good’ in Effectiveness and Efficiency and ‘Outstanding’ in Legitimacy by HMIC inspectors.

In the wide-ranging meeting, CI Dyer reported on general crime trends, mental healthcare, speeding and specific operations relating to Michael’s casework.  Michael was pleased to learn that the force will introduce new innovative measures for tackling speeding in the future. 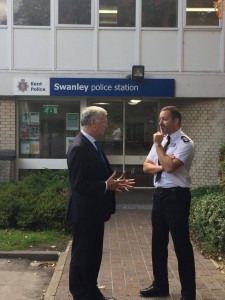 Michael was also keen to learn more about recruitment following reports that the number of officers and PCSOs in Kent Police has risen earlier in the year.  CI Dyer reassured him that recruitment targets will be met.

Michael said: ‘Following a comprehensive meeting with CI Dyer, I am positive about the direction of the force, which has been recognised for its outstanding work, and its ability to maintain law and order in the constituency.’