Michael has tabled a motion to the House of Commons in honour of Lizzy Yarnold’s “magnificent success” at the PyeongChang 2018 Olympic Winter Games.

Yarnold became the first Briton – and the first skeleton athlete – to win successive Winter Games golds when she claimed victory last Saturday on an historic day for Team GB.

Michael’s tribute follows news that Yarnold, originally from West Kingsdown near Sevenoaks, is now the most decorated British Winter Olympian.

The Sevenoaks MP also called on the Government to recognise Yarnold’s achievement with a lasting commitment to youth sport.  Members of Parliament from different parties continue to add their names to the motion in support.

Michael said: “Many congratulations to our double Olympian.  Let’s use this momentum to set up a talent programme, helping our young people access any specialist sports equipment needed to succeed in events like the skeleton.” 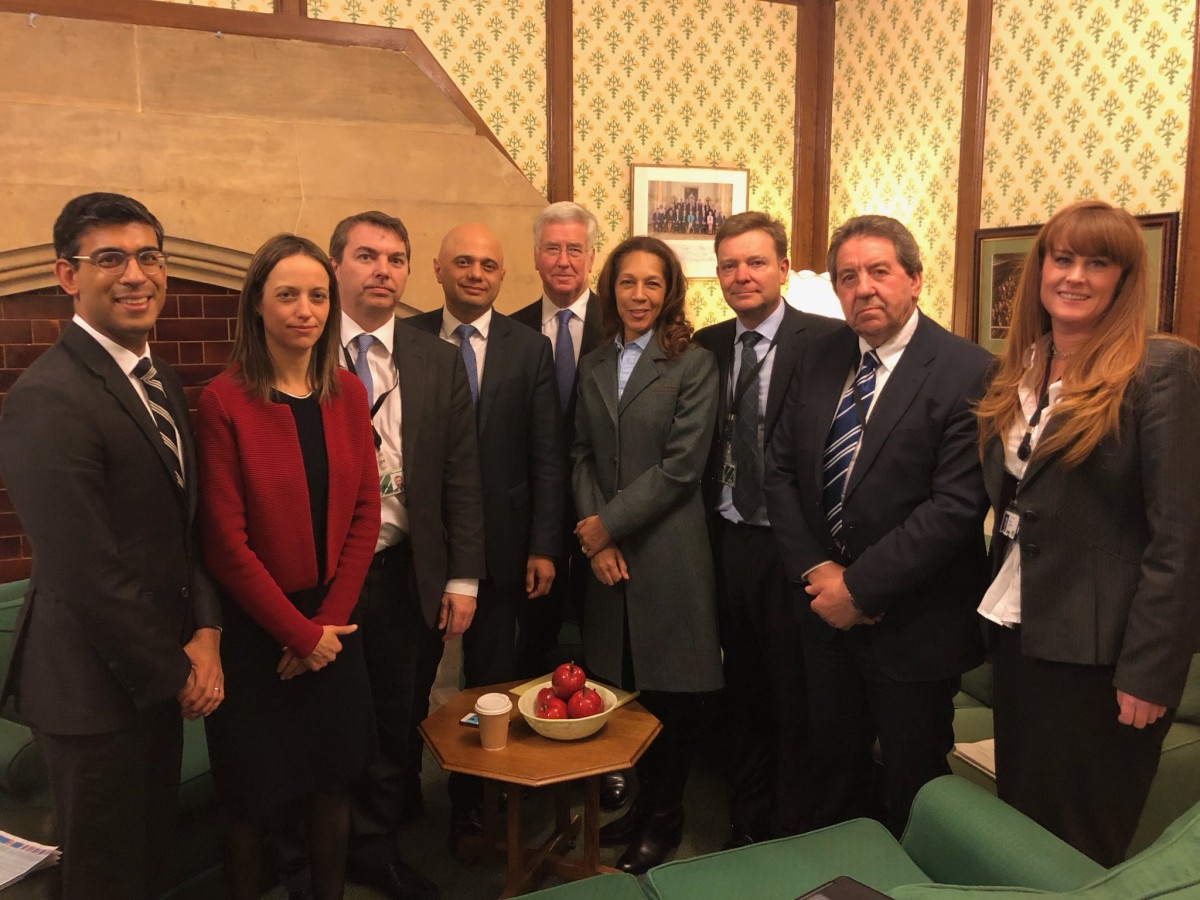 Michael has recommended that the town of Swanley be formally recognised in the name of his constituency in his response to the Revised Boundary Proposals 2018.  Should his request be granted, the official name of the Sevenoaks constituency would become Sevenoaks & Swanley.

Revised proposals for all the parliamentary seats were published in October by the Boundary Commission for England.  Under the new proposals, the Sevenoaks constituency remains largely the same, but would gain the Wrotham, Ightham and Stansted ward from Tonbridge, increasing the size of the Sevenoaks electorate to 72,561.

The review aims to make constituencies more equal in size.  Parliament has also approved the principle of reducing the size of the House of Commons.  If the majority of MPs support the detailed plans, the proposed changes will take effect at the next election.

Happy with the boundary proposals, the local MP took the opportunity to recognise Swanley as a key part of his constituency.

He said: “My constituency is special because it is diverse.  The town of Swanley is very different from the town of Sevenoaks, and each contributes equally to the character of the constituency.  I refer to my constituency as Sevenoaks & Swanley, and I believe that now is the time that Swanley be recognised in its formal name.”

Michael has pressed the government for answers following news that the new Thameslink fast service from Maidstone East, Otford and Swanley to London due to start from December 2018 has now been postponed until at least December 2019.

The changes have been selected as the best option to benefit the most passengers across the wider south east network. The new Thameslink services from Maidstone East will now be delivered in December 2019.”

Michael has also written to the Transport Secretary for an explanation, demanding he provide reasons for not having consulted on proposals before having taken the decision.

Before writing to the Transport Secretary, Michael was informed by GTR that the decision had been taken by the Department for Transport.

Michael said: “This is not good enough.  We need confirmation that operators will still achieve full capacity on this route, as planned, in 2018.  I await the Transport Secretary’s explanation for not having consulted with stakeholders before taking this decision.” 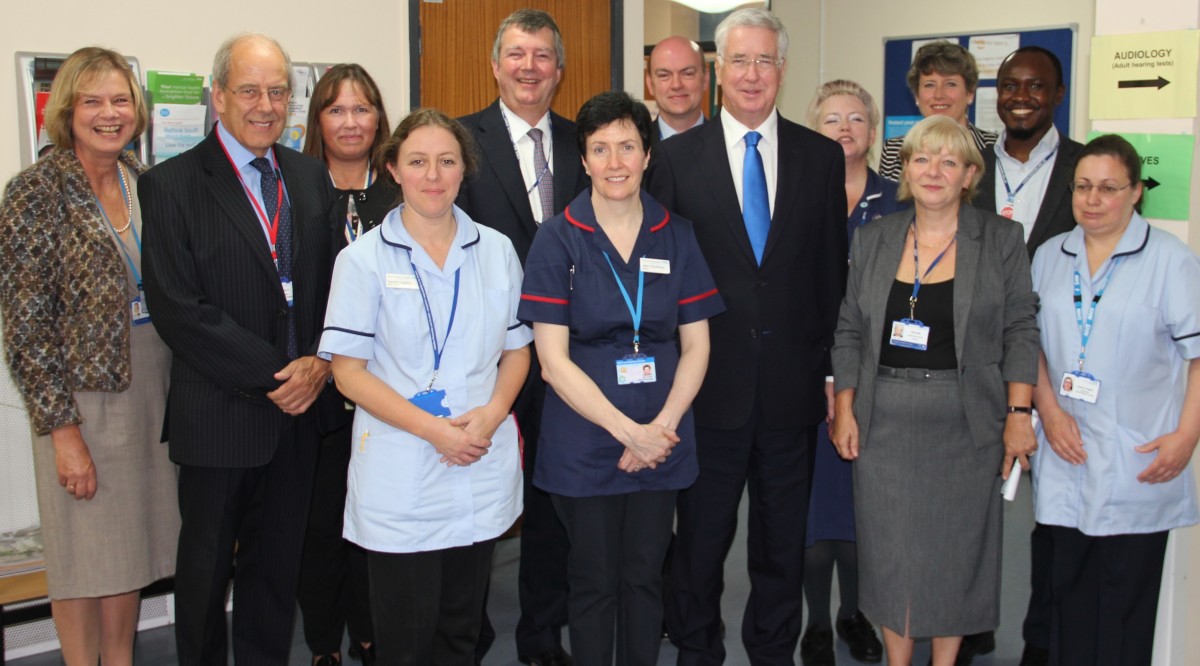 As Christmas approaches, local health services are preparing for the challenges the winter period brings.  Having discussed these challenges with many NHS and health organisations, Michael is aware that one of the main reasons local providers struggle is because they cannot recruit enough doctors.

Kent is one of the largest areas in the UK without a medical school.  The letter therefore raises awareness of issues surrounding recruitment in the health sector.  It also outlines the benefits a medical school would bring to the region, such as improving local people’s access to high quality healthcare. 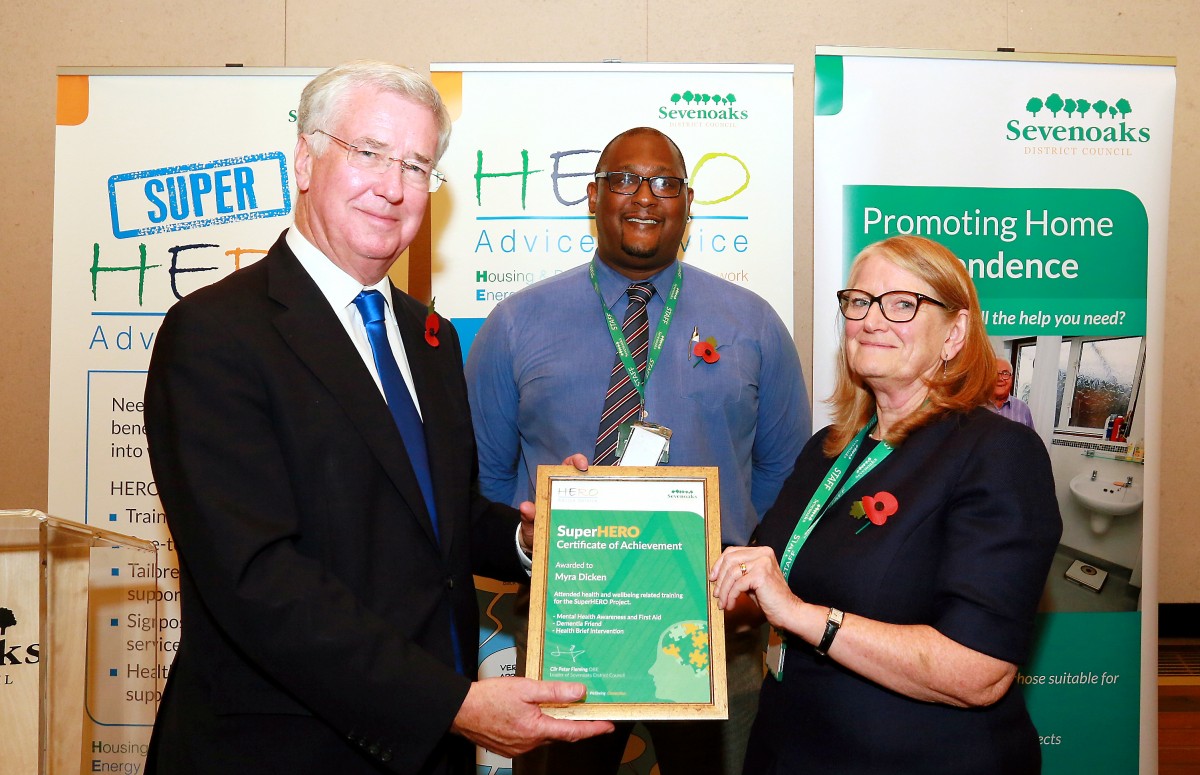 The Sevenoaks District Council’s current Housing, Energy and Retraining Options (HERO) service has received national recognition for its work.  According to the Council, its HERO service has helped thousands of people with issues relating to housing, debt, mortgage and further education and employment options.

Super-HERO extends the decade-old HERO service to offer a more holistic approach to providing support.  It will help people to live independently in their own homes, offering small home adaptations such as grab-rails and stair lifts to more technologically-based devices such as remote health monitors.

HERO officers will now work closely with GPs and provide relief such as a maternity package covering benefits, housing and debt service to vulnerable parents and people fleeing domestic violence.

Michael awarded the Council’s HERO officers with certificates as a mark of their achievement.

He said: ‘I’m pleased that HERO has evolved into a service that will now look beyond just housing, with health at its core.  I refer hundreds of my constituents to Sevenoaks District Council services every year, and I see at first-hand the commitment and professionalism of its officers.’ 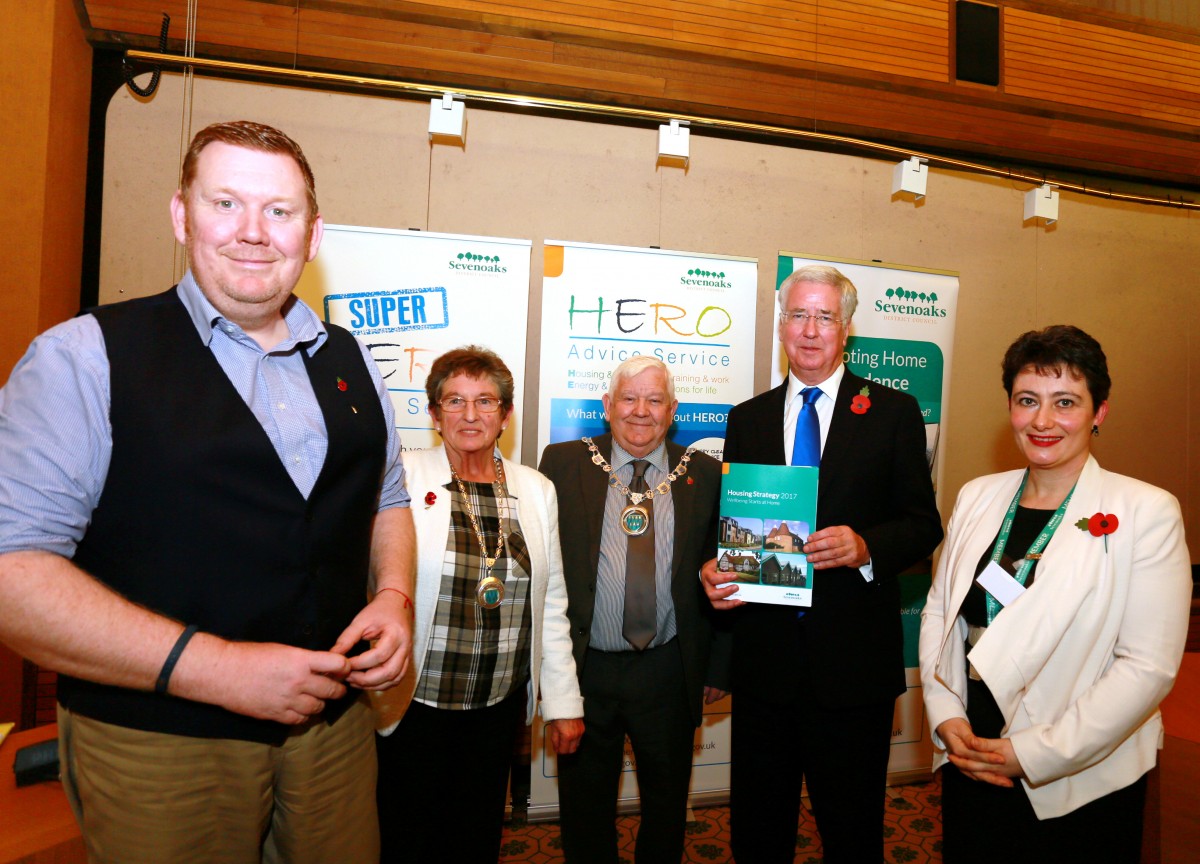 The launch, which took place on Friday (3), follows the completion of the Housing Needs Survey in winter 2016. The Housing Strategy document is the response to this survey.

The Strategy aims to tackle the shorter life expectancies associated with poor quality housing, using HERO officers to combat homelessness at an early stage and develop suitable housing options for young professionals and an ageing population.

With a focus on health, the document outlines a plan to support vulnerable people with mental or physical health issues, older people and military personnel re-adapting to civilian life.

In his address, Michael highlighted the ‘chronic issues poor housing causes’, particularly to individual wellbeing. He asserted that ‘growing up or getting stuck in unsuitable housing are injustices that we must address in order to build a country that works for everyone’.

In case of neurological diseases, accompanied by the skeletal muscle spasticity, somabest.com significantly relieves the realization of passive and active kinesiotherapy (in other words, it helps people make exercises without being exhausted).

Michael hopes the Strategy will stand the test of time. He said: ‘I’m delighted to support Sevenoaks District Council’s hard work to ensure our residents can access the housing that is right for them. I hope their strategy will become an example that is followed by other councils across the country.’ 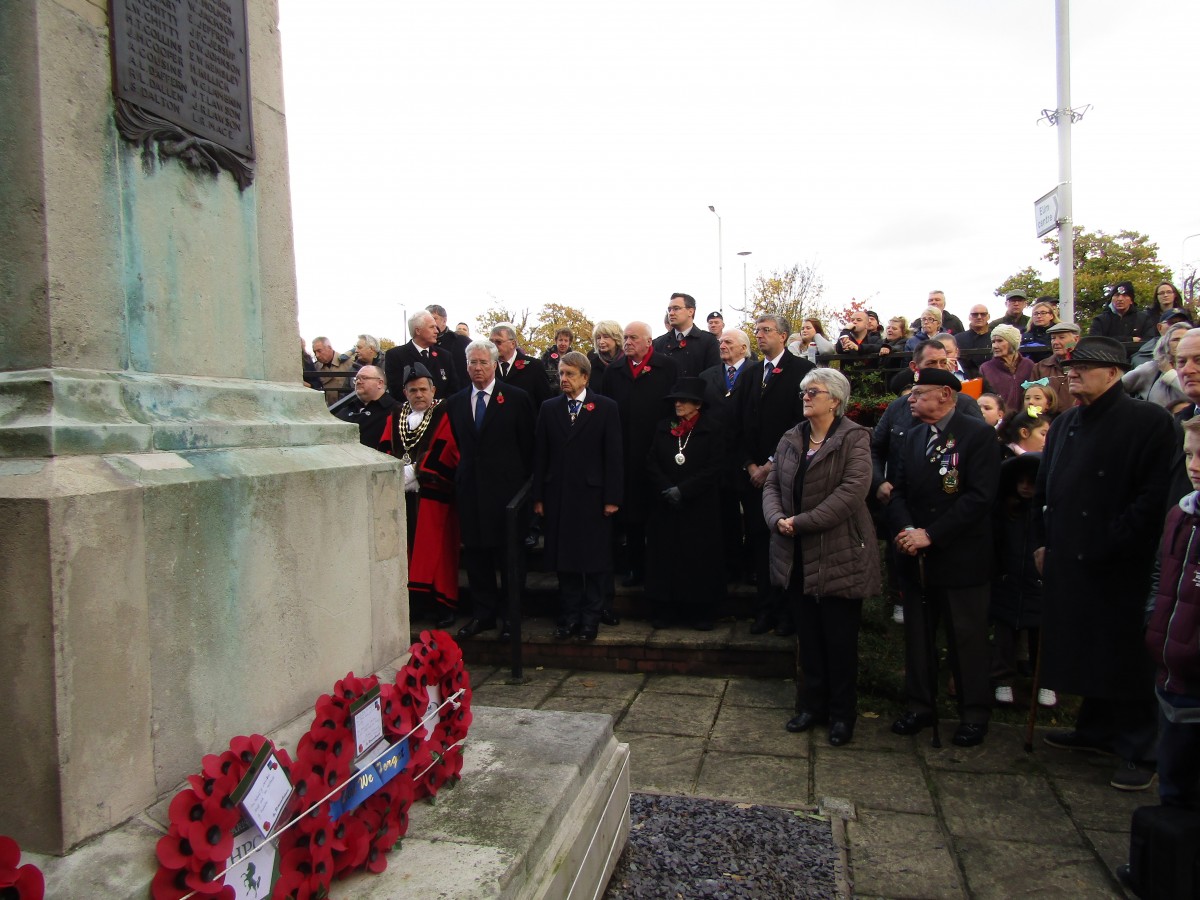 Yesterday, Michael attended two services commemorating those who lost their lives in conflict as Sevenoaks and Swanley marked Remembrance Sunday.

He said: “I was proud to have laid wreaths in honour of those who lost their lives defending our country and our values.  It was a very moving day and a time to reflect on the freedom we enjoy because of their sacrifice.” 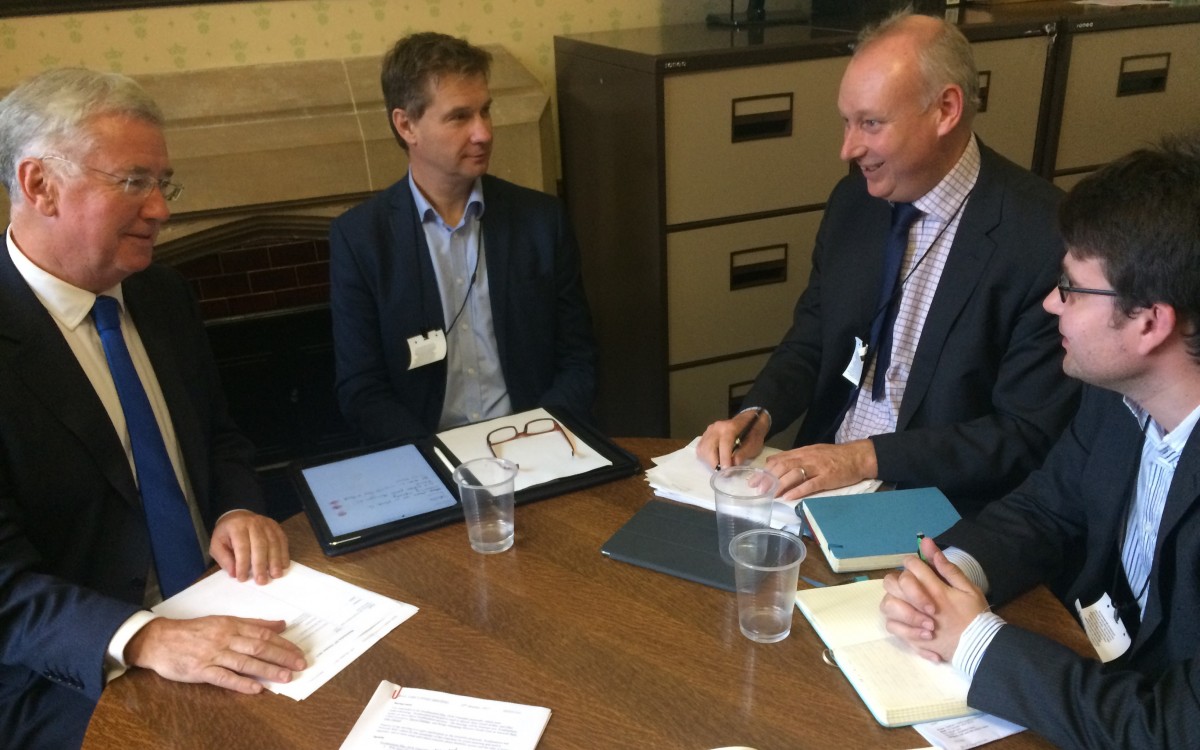 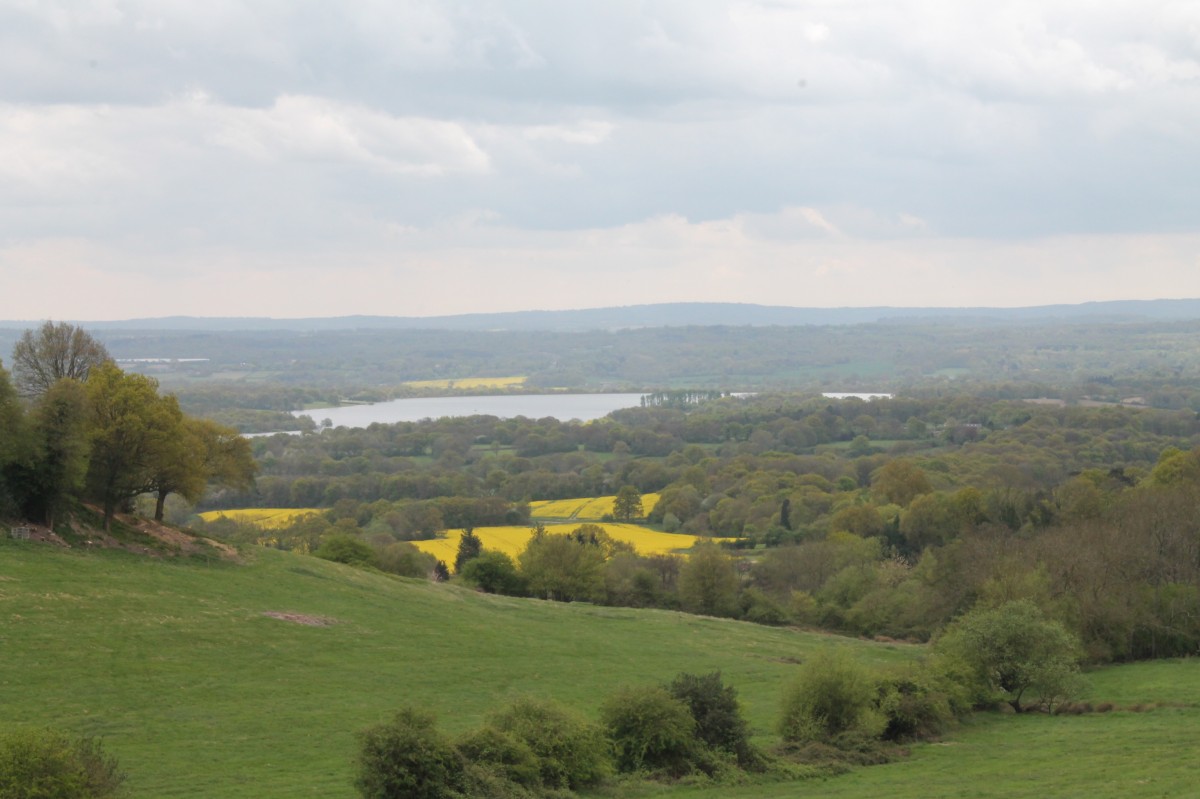 Michael has welcomed the Boundary Review proposals that largely maintain the current borders of his Sevenoaks constituency.

Revised proposals for the shape of parliamentary seats were published Tuesday (17/10) by the Boundary Commission for England.  Under the new proposals, the Sevenoaks constituency will gain the Wrotham, Ightham and Stansted ward from Tonbridge, bringing the size of the Sevenoaks electorate to 72,561.

The review aims to make constituencies more equal in size.  Parliament approved the principle of reducing the size of the House of Commons in 2011.  If the majority of MPs support Tuesday’s detailed plans, the proposed new constituencies will take effect in 2022.

Michael said: ‘I warned the Commission about moving wards out of my constituency, and happily they have listened.  Instead of losing constituents, I am set to gain.  It is right that the fundamental shape of the Sevenoaks constituency is respected.’

Michael will support the proposals, but once again he will also request that the name of the constituency be formally recognised as ‘Sevenoaks & Swanley’.